A “rock crawling race” may sound like an oxymoron to many people - like a jumbo shrimp or a civilized divorce. What would a ROXOR look like rolling over boulders instead of dirt roads and trails it was designed for? If you’ve never seen a competition or a specialized “crawler” before, you should try to check one out. Jesse Haines is a professional off-road buggy fabricator and professional rock crawler out of Sparks, Nevada, who builds and drives some of the wildest off-road machines you will likely ever see. So, why did Jesse Haines Fabrication (JHF) pick a ROXOR as their “blank canvas” for this next project? Read on... 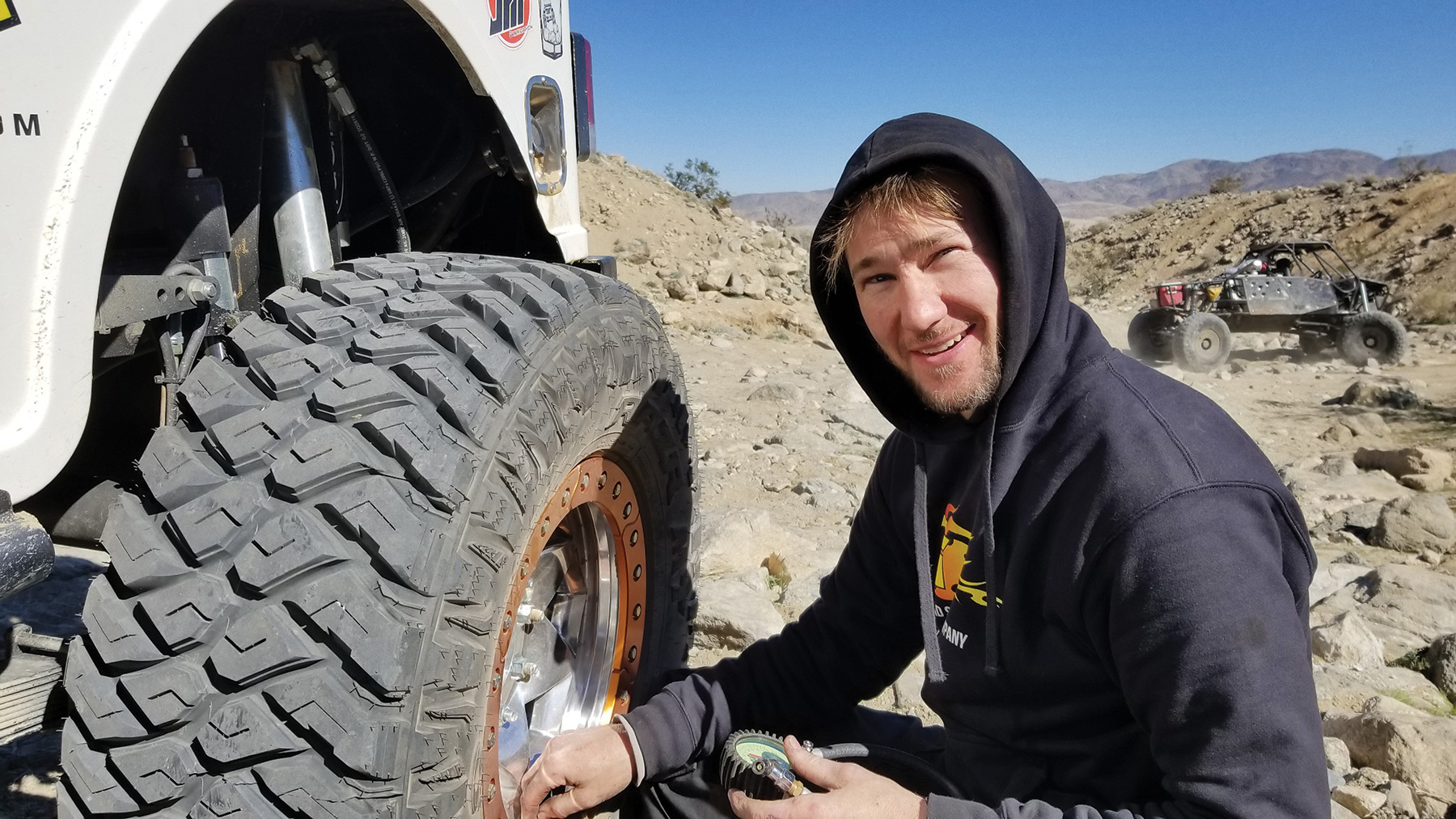 Jesse has raced many vehicles in his long, pedigreed history, but the ROXOR intrigued him because of its simplicity. “It’s a fairly simple rig against some of the other faster ones with more power and set-up suspension. But I got this idea in my head wondering if I could get one and race it... in the stock 4600 class.” The project car debuted statically at the SEMA Show last November, but still needed much fabrication work before attempting to compete. The first event of the 2019 Ultra 4 Racing season was King of the Hammers in February, which was more of a “first test” than a competition for JHF. Jesse is further dialing in the CAR for more crawling events this season. 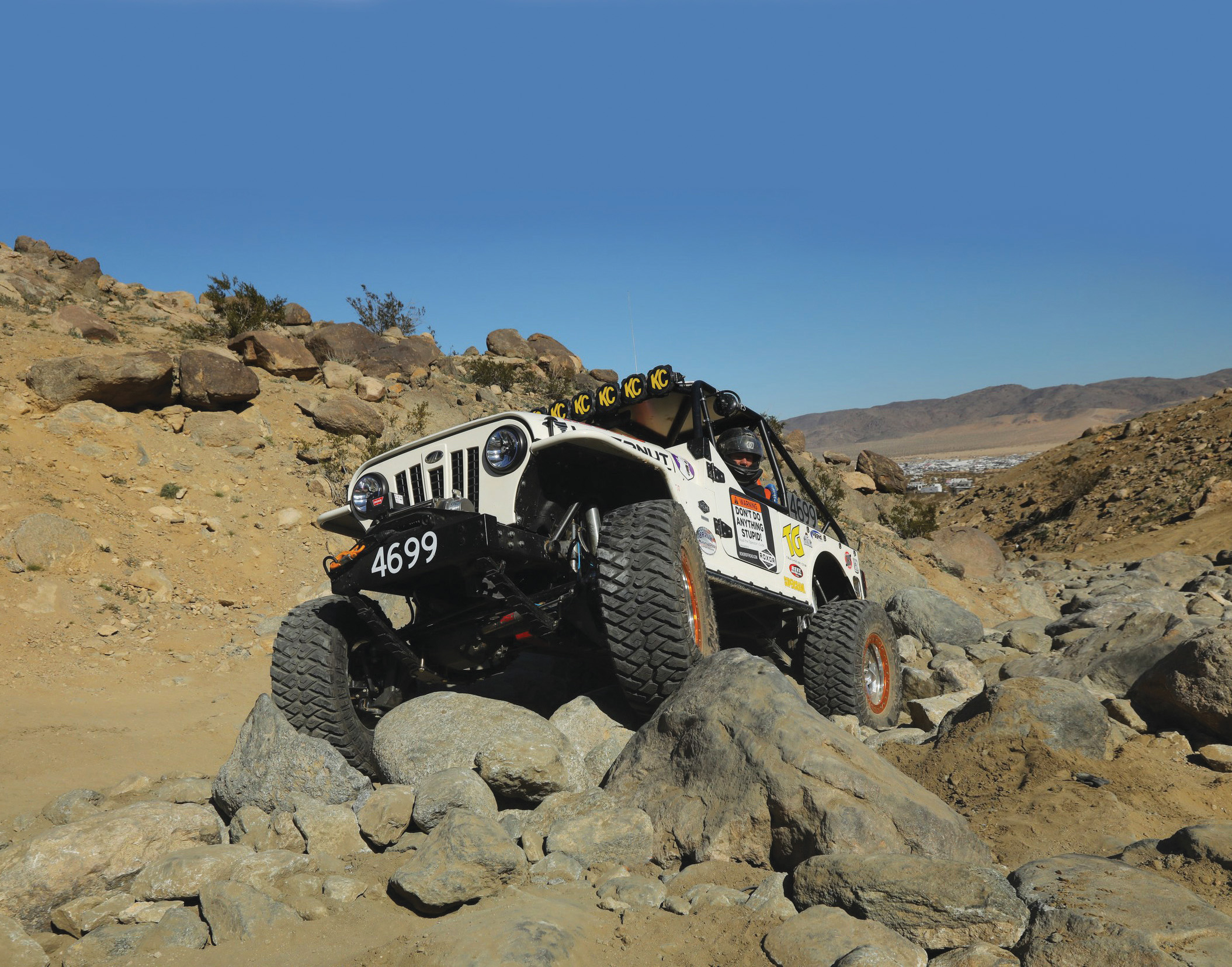 “The ROXOR fills a hole in the market between cars and UTVs,” says Jesse’s co-driver and navigator, Harry Wagner. “It’s not plastic like UTVs and has solid axles with leaf springs keeping it super strong and simple, which is great for racing because you don’t want things to go wrong. Anything and everything can go wrong (out there) and I feel like this vehicle (ROXOR) is an anvil.”

Harry is an off-road journalist and was asked to sit in the right-hand seat for the first “test race” of the project car because he qualifies as a navigator and a winchman - both necessary functions in off-road racing and “crawl races.” His job will be a busy one pre-running the courses and preparing all the navigational systems in the car while the crew finishes last minute tuning of the suspension, driveline and motor. He will also need to establish a trusted communication system and cadence with the driver, Jesse, minimizing interruptive chatter and maximizing accurate directional “comms” from the Lowrance screen… all the while being the second set of eyes for hazards and passing opportunities. It’s not easy to do all that without getting car sick on the bumpiest track in the world. 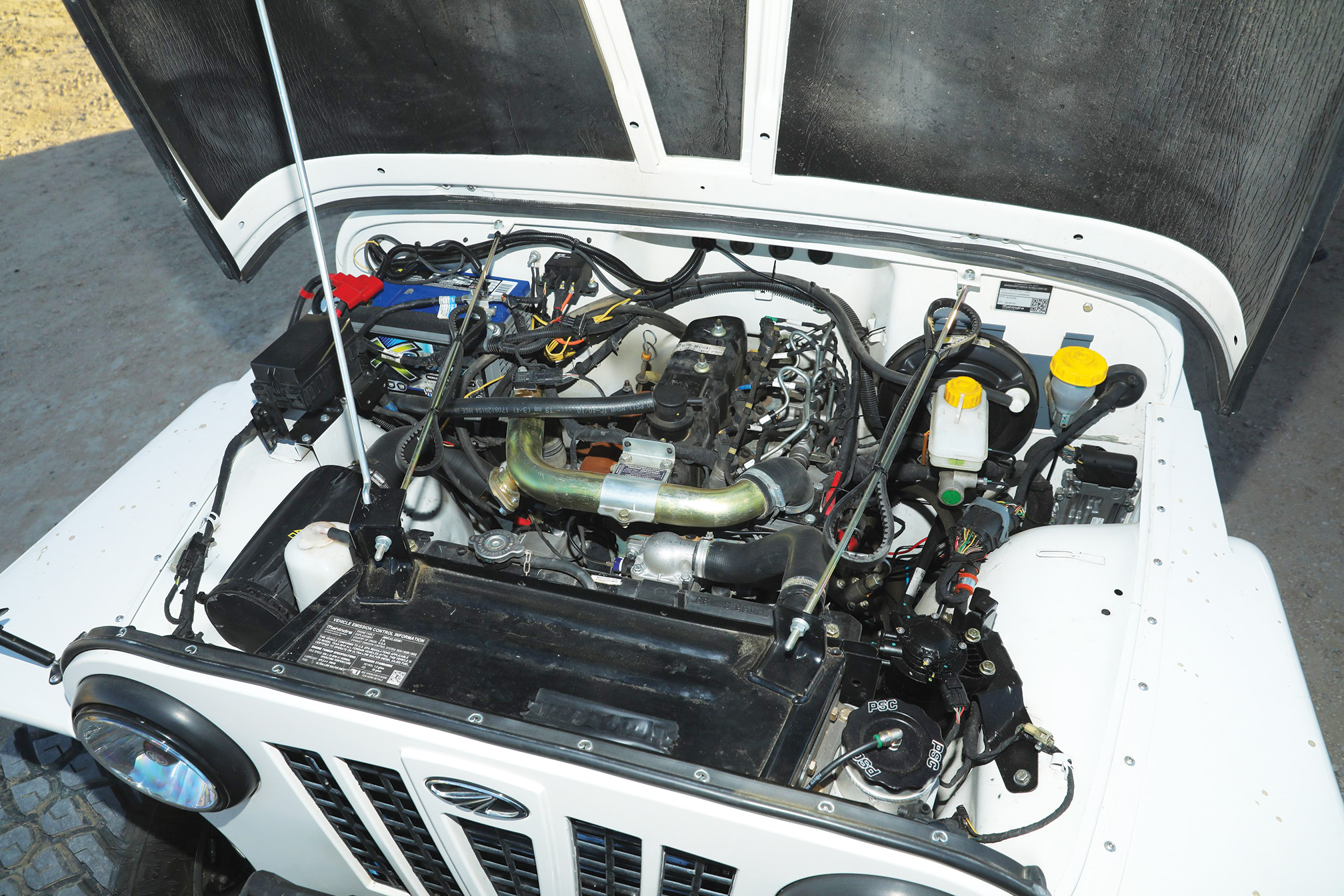 Engine compartment: This engine has been "breathed on" externally to produce 120 horsepower and 275 ft/lbs of torque. Nothing inside the motor has been changed.

The stock components remaining on the car are the boxed steel frame along with the 2.5 liter diesel engine configuration, 5-speed manual transmission and the 2-speed transfer box with an added dual-lever control. The brakes and the all-metal ROXOR body are stock too, but a custom roll cage, modified fenders, custom seats, harnesses, radio, helmet pumper and rugged spare tire mount were added. Rules of the racing organization require the (semi) “stock” 4600 cars to keep their original form of suspension, so being a single shock per wheel, long-travel RadFlos with remote reservoirs replaced the stockers. The solid axle housings front and back remained “solid,” but were replaced with beefy aftermarket versions incorporating “portal axles.” This is an off-road technology designed with the axle attached above the wheel center for two reasons: 1) it leaves room inside each hub for a gear reduction gearbox and 2) increased ground clearance. 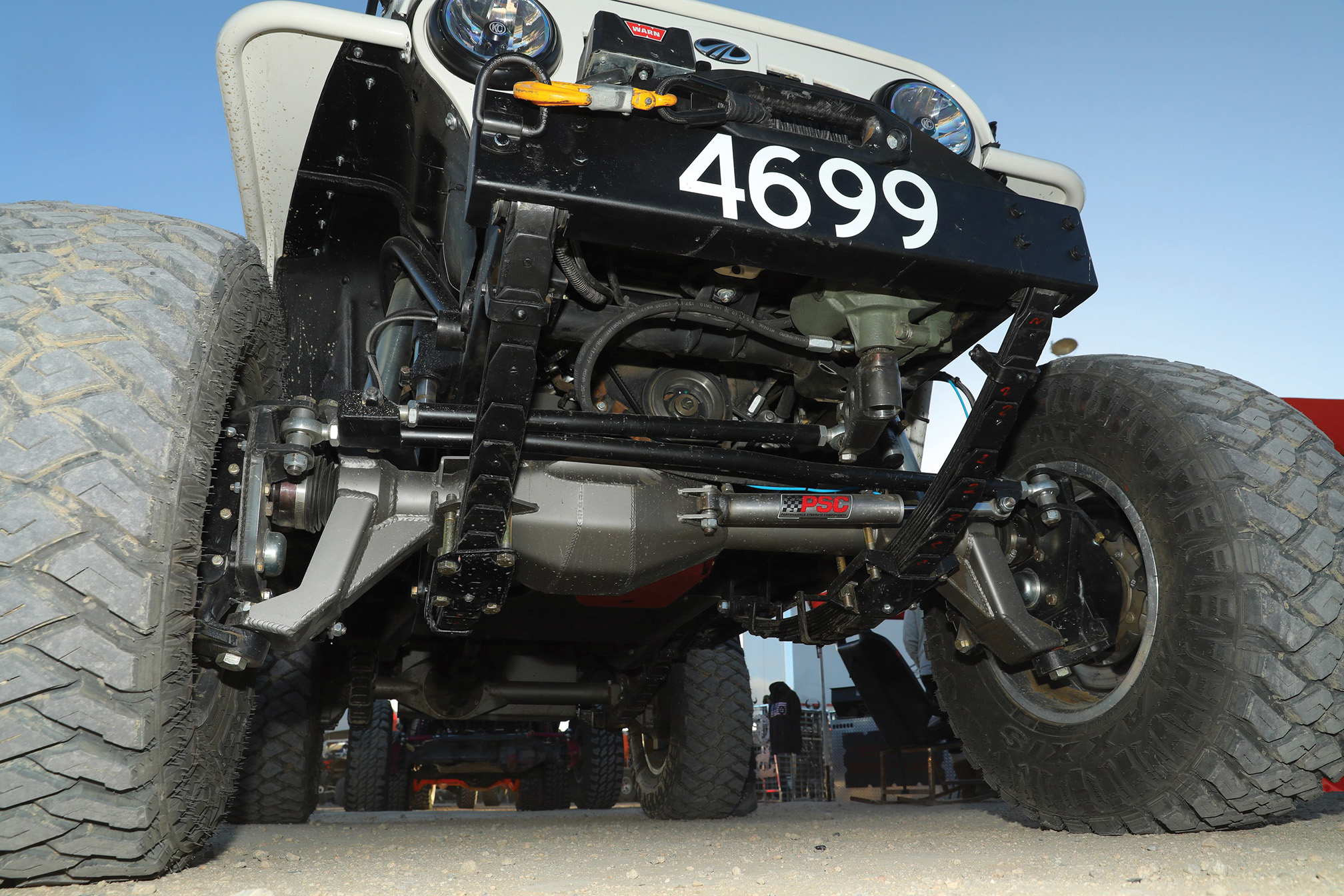 There are a lot of moving parts in this front end which should never touch while steering and suspending over the roughest, rockiest terrain a vehicle can possibly traverse.

Portal gearboxes allow the axle shafts to drive using the same power, but at a reduced torque (by using higher shaft speed) to the drivetrain. Specifically, this reduces the load on the axle crown, wheels, and differentials while also lowering the wheel speed to a… well… crawl. Yes, they are expensive and a highly specialized modification in many real rock crawlers. 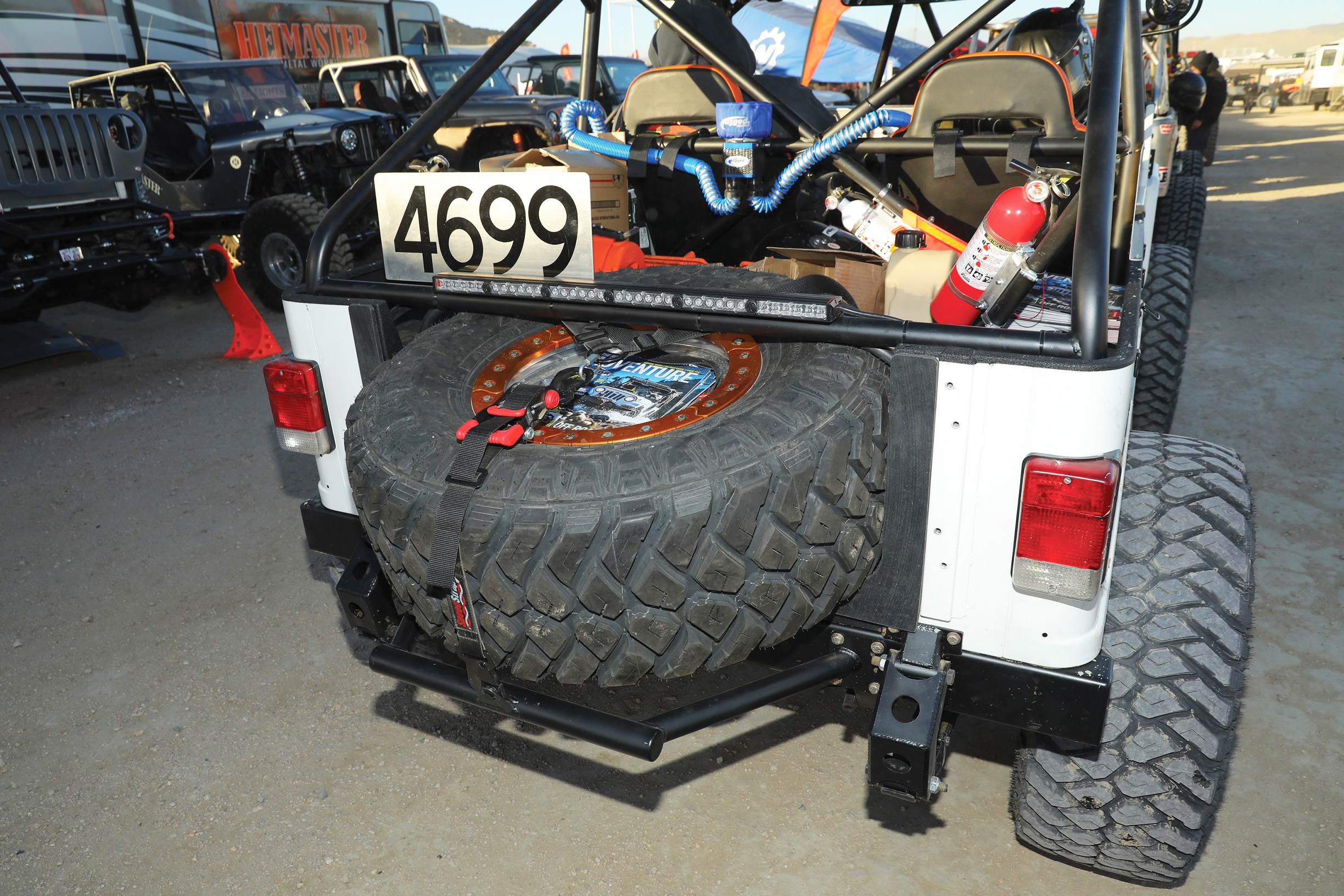 The spare is mounted solidly in a position to act as a rear bumper while keeping the center of gravity low. Plus, easy access for those quick and important wheel changes.

On the suspension front, leaf springs need to be kept compliant with the class 4600 rules, so Jesse chose custom-made ones with more travel and a higher lift. Having previously raced coil-over suspended cars, he had to be careful of flex tendencies on the leaf configuration, especially on the front end which incorporates steerable hubs and the engine directly above. There is a lot going on in the front end of a car with steering rods, stabilizers, the radiator, crank pulleys, spindles and a bouncing solid axle housing. One just needs to make sure they can all work independently throughout the full suspension travel without colliding… which is always a challenge in any crawler.

Even when the car is done, each race needs a strategy. Go out fast or hang back and let the leaders break? It also depends on the terrain and the weather. Is it dusty, muddy or a long endurance event? There is so much to think about while planning to compete in these events. Someone also has to plan how to “pit” the car along the route carrying spare parts and fuel along with plenty of tools. A missed pit could cost the race, but so could a missed turn by the navigator. Now you are starting to appreciate some of what it takes to go off-road racing and rock crawl racing. It’s a ton of work to customize the vehicle, prepare your people, pre-run and plan strategies. 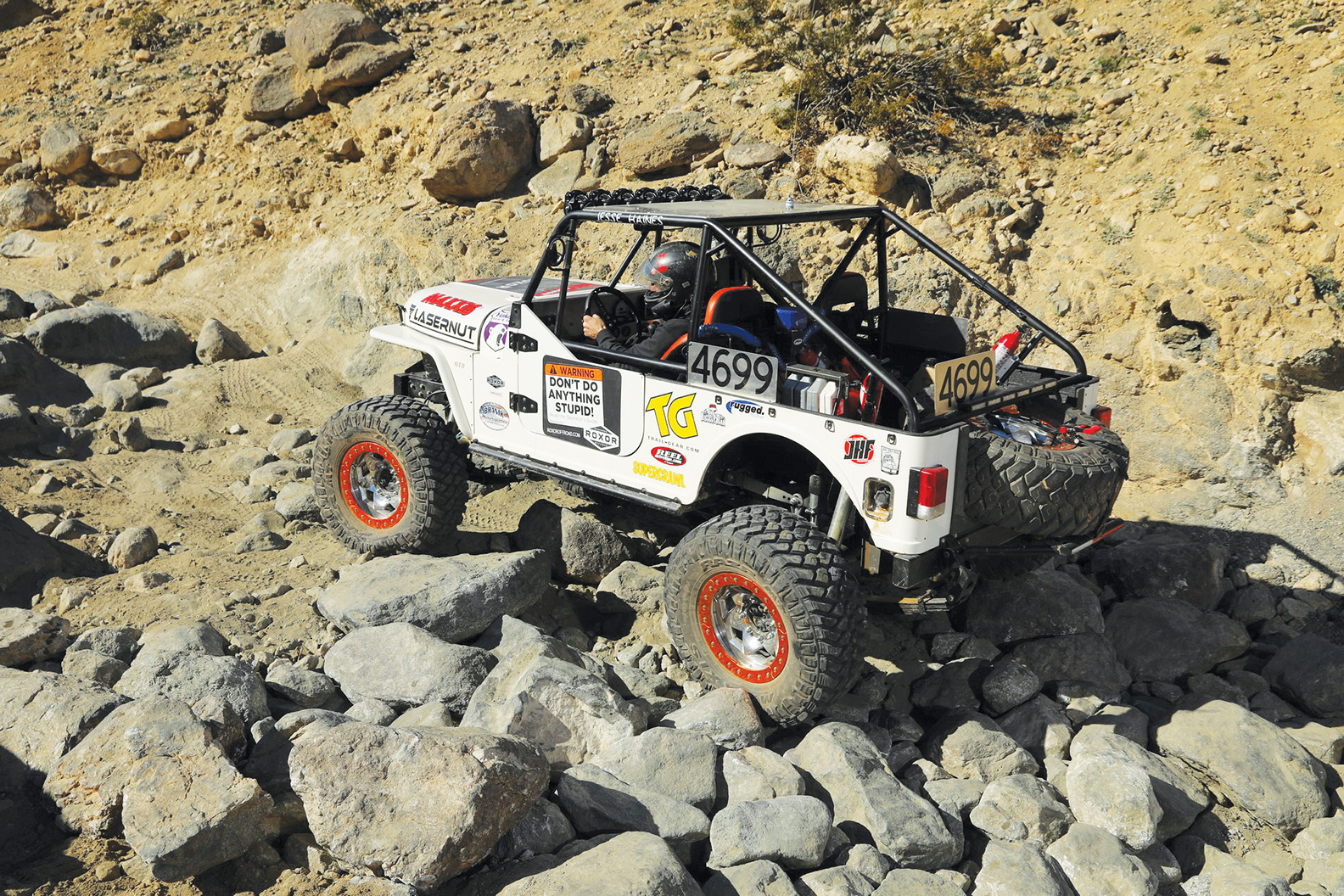 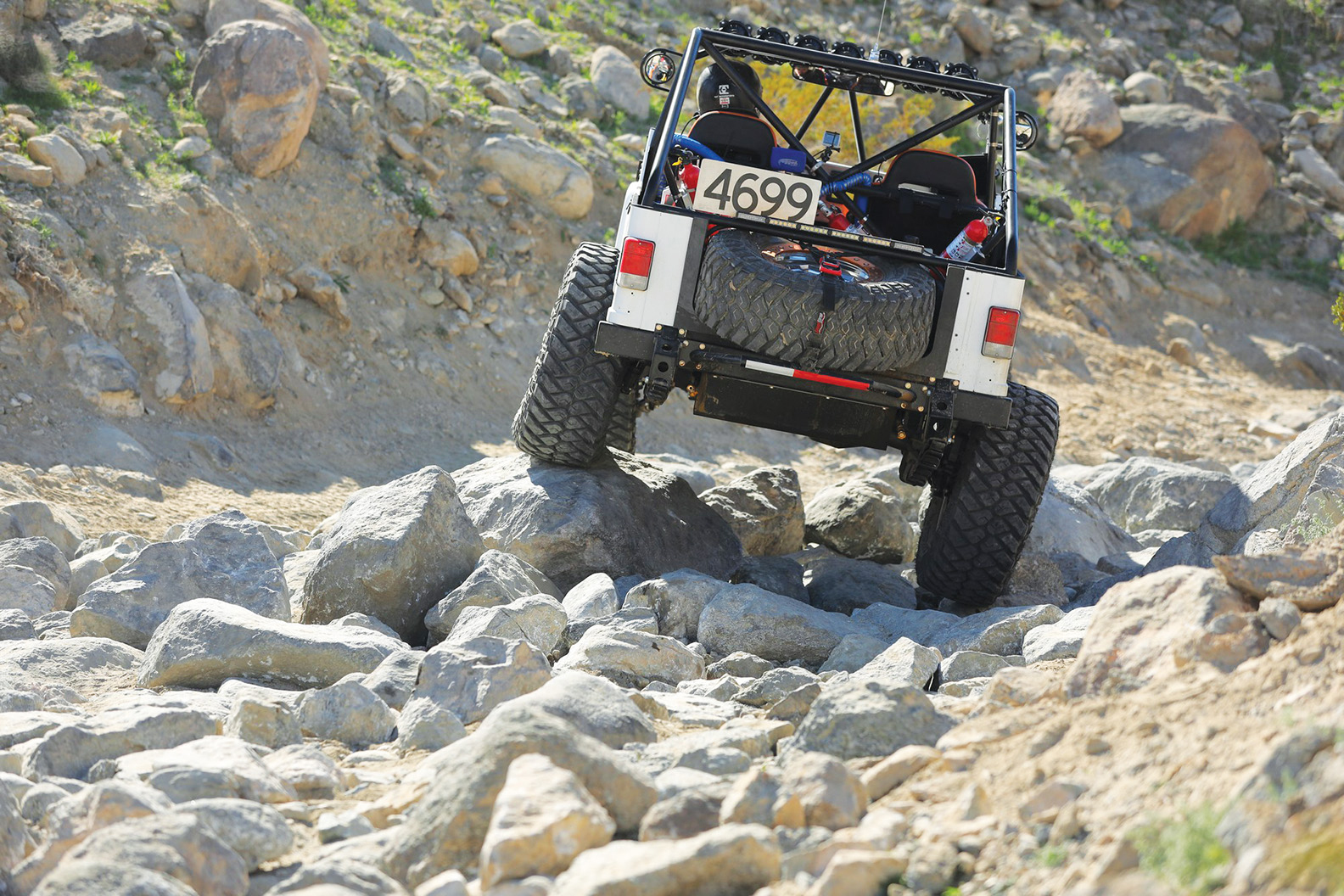 JESSE HAINES WINS STOCK CLASS AT KING OF THE HAMMERS